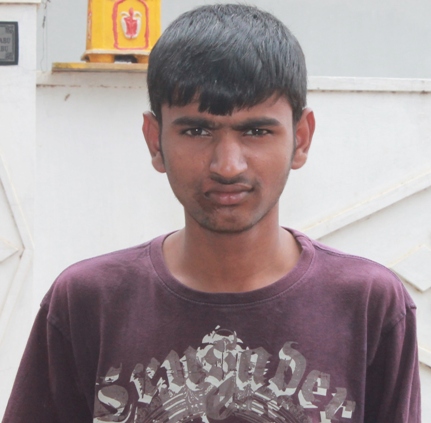 Arjun lost his mother when he was six months old. His father remarried soon after and Arjun was brought up by his grandparents in Guntur. At the age of six, Arjun consumed cleansing agent mistaking it for Thumbs Up. He had to undergo treatment for his damaged throat and food pipe. His grandfather went through a lot of hardship and had to sell off his house and whatever little land he had. After the treatment was over, his grandparents could not support him any longer and brought him to the orphanage.

This is Arjun's most important year as he is preparing for STD X Board exams and will appear for them in March/April 2014. There are no non-academic activities for him and his classmates as they are fully immersed in classes and tests.